Iontophoresis, or ion transport, is the technique of introducing a drug into the body through the skin (i.e. transcutaneous administration) by applying a direct, or galvanic, current produced by a suitable generator.

The benefits of administrating drugs in this way essentially include:

With regard to the route of administration, it is essential to remember that systemic administration has a variety of drawbacks. Indeed, the totality of drugs employed presents a greater risk to various organs and anatomical systems. This is because, in order to guarantee effective therapeutic action, the drug must necessarily reach a certain blood concentration. This also means that in the vascular circulation, beyond the drug itself, are its metabolites, produced by the liver, which must be disposed of by the body via various routes and, first of all, via the renal route. To this we can add the indirect damage caused by the drug to other organs, due to the alteration of conditions in which they normally operate, as in the case of the digestive tract, in which some drugs, such as Non-Steroidal Anti-Inflammatory Drugs (NSAIDs), alter the acid-base equilibrium with sometimes serious consequences including gastritis and gastroduodenitis. Another advantage of iontophoresis via transcutaneous administration, with the ability to apply the drug directly to the area to be treated, is the reduction of treatment times and a faster regression of symptoms. Painful disorders of the musculoskeletal system, resulting from arthritis, osteoarthritis, sciatica, lower back pain, cervical pain, muscle strain, and so on, can therefore be treated by concentrating the therapeutic effect to the affected area only. A third advantage comes from the possibility to introduce only the active principle of the drug, in ionic form, without excipients, which are often a source of more or less adverse reactions. A fourth advantage is that the drug in ionic form binds to specific protoplasmic proteins, increasing the residence time (i.e. half-life) in anatomical target sites and thus decreasing the amount of the drug needed compared with that required via other routes of administration. Indeed, it has been shown that this therapeutic system has the capacity to make the target area absorb drug quantities up to a hundred times more than those absorbed via oral administration. Finally, the application of a low intensity direct current has the effect of hyperpolarizing nerve endings, determining an exponentiation of the threshold of excitability and an effective analgesic effect (TENS effect). All this is possible because all drugs have electrically actionable positive, negative or bipolar ions that allow the exploitation of the physical principle of ionic migration from one electrical pole to another, thus obtaining transcutaneous administration, using the skin as a route of administration. From a strictly electronic point of view, a iontophoresis generator is simply a generator of low intensity direct current, at around 5 to 10 milliamps and stable over time. The generator can have various control and timing systems that allow the creation of a regulated electric field by means of two electrodes, one positive and one negative, which consist of conductive rubber plates covered with an absorbent surface and which are placed on the skin of the subject in the proximity of the area to be treated.

The drug is applied to the electrode corresponding to its polarity. Thus, if the drug is of positive polarity it is applied to the positive plate, if it is of negative polarity it is applied to the negative plate and if it is bipolar then it can applied to one or the other indifferently. When the plate with the drug is positioned at the treatment area and the other plate at a distance of about 20 to 30 cm, the current will convey the ionized drug into underlying tissues as the ions migrate towards the opposite pole until the total absorption of the drug. The following table shows, by way of example, various active substances and medicinal solutions and their polarities. 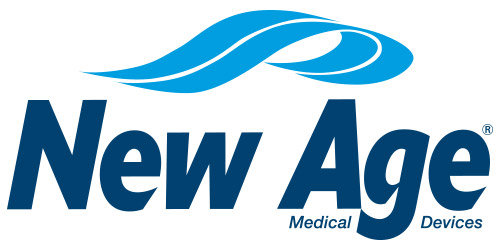 Are you a sector professional?

Access to the full site and the presentation of products and all relevant information is reserved for sector professionals in accordance with current legislation.

NewAge Italia Srl therefore requires you to identify yourself as a sector professional in order to continue to use the site.

Italian Legislative Decree No. 46 of 24th February 1997, Article 21
1. It is prohibited to advertise to the general public devices that, according to regulations adopted by Ministry of Health decree, may only be sold on prescription or be employed under the supervision of a doctor or other healthcare professional.
2. Advertising to the general public of devices other than those referred to in paragraph 1 are subject to authorization by the Ministry of Health. Opinions on applications for authorization are expressed by the Commission of Experts provided for in Article 6, paragraph 3, of Legislative Decree No. 541 of 30th December 1992, and comprising a representative of the Department of the Ministry of Health responsible for medical devices and a representative of the Ministry of Industry, Trade and Commerce.